Click here to email me!
You are here: Home / Jokes / A Good Time

A couple were invited to a swanky, Halloween, masked fancy dress, family party.
The wife got a headache and told her husband to go to the party alone.
He, being a devoted husband, protested, but she argued and said she was going to go to bed, and there was no need for his good time to be spoiled by them both not going.
So eventually he took his costume and away he went.
The wife, after sleeping soundly for about an hour, woke with no headache.
As it was still early, she decided to go to the party.
Her husband didn’t know what her costume was, so she thought she would have some fun by watching him, and to see how he acted when she was not with him.
So she joined the party, and easily spotted her husband in his costume, cavorting around on the dance floor. He was dancing with every sexy-looking woman he could, and having a little feel here and a little kiss there.
Soon, his wife went up to him and being a rather seductive woman, she easily seduced him away from his other partner, and tempted him to devote his time to her.
She let him go as far as he wished, naturally, since he was her husband.
His hands slipped slowly up her skirt, and fondled her smooth, stockinged thighs, and her stocking-tops and suspenders. Then his gentle hands were exploring her silky-knickered bottom until she was squirming with arousal.
After more drinks he finally whispered a little proposition in her ear, to which she readily agreed.
So off they discreetly went to one of the several spare rooms in the house.
Soon her hands were fondling his soft white cotton Y-front underpants, and the lovely erection that they only just managed to contain.
Meanwhile, he was slowly and very gently taking her lovely, silky-smooth, white knickers down to her stocking-tops.
Eventually he bent her over the end of the bed, raised her costume skirt up, and they had very passionate intercourse. Her man’s performance was better than ever.
Just before unmasking at midnight, they kissed and parted in their different directions. She quickly went home, undressed to her underwear, and put the costume away.
She hastily got into bed in just her underclothes, wondering what kind of explanation her husband would make up for his outrageous behaviour.
She was sitting up reading when he came in, and she casually asked what kind of time he’d had.
Oh, the same old thing. You know I never have a good time when you’re not there.”
Then she asked, “Did you dance much?”
He replied, “I’ll tell you, I never even danced one dance.
He continued, “When I got there I met Peter, Bill Brown, and some other fellows, so we went to a spare room and played poker all evening.”
He started to undress for bed.
“You must have looked really silly wearing that costume whilst playing poker all night!” she said with unashamed sarcasm.
Finally undressed to his underpants, her husband casually replied,
“Actually, I gave my costume to your Dad. Apparently he had the time of his life!!” 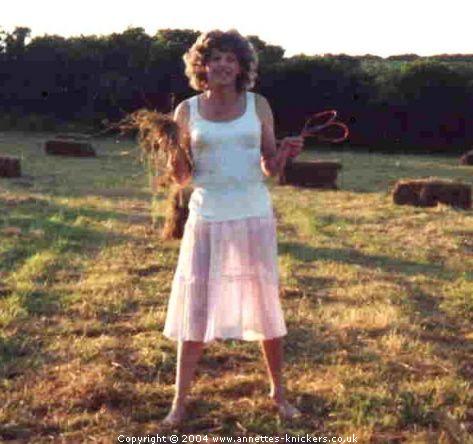